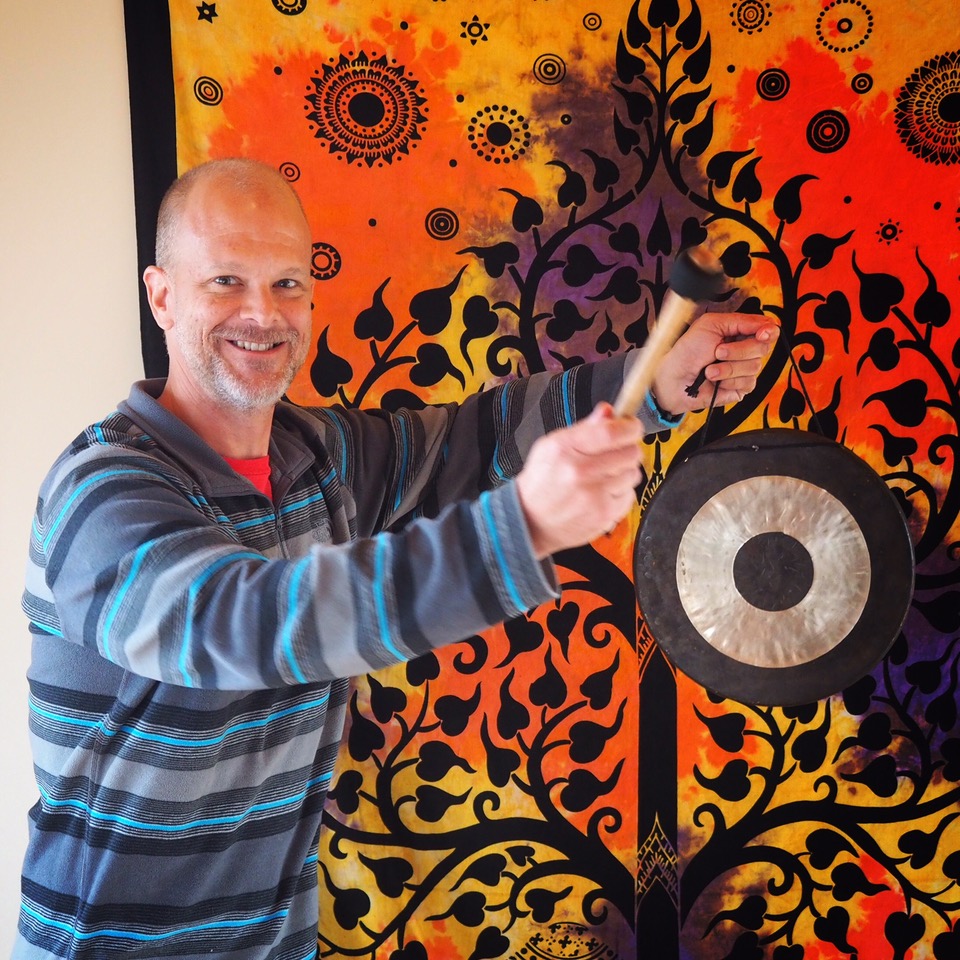 How a winding road led Nick to mindful living

Nick Franks’ life has been marked by several notable journeys—both literal and personal. After graduation from James Madison College in Virginia, he hopped in the car with a buddy and set out for Seattle. Along the way he fell in love with Denver, Colorado, and eventually ended up moving there.

“I moved to Denver without a job, with a thousand bucks to my name, no skills, and knowing no one,” Nick remembers. “It was my first great journey. I knew I had to make it on my own.”

From Denver to Atlanta
During Nick’s time in Denver he met his wife, had two kids, and built a successful IT career. But after 17 years in the Mile High City, it was time for another journey. The family picked up and moved to Atlanta so Nick’s wife could pursue a new job. Still working for the same company, Nick spent several years traveling across the country for business.

“My work involved long hours and lots of stress,” he recalls. “I was good at what I did. There were parts I loved, but as I got older I wasn’t as satisfied. On top of that, I was unhealthy and I smoked. I just didn’t feel like myself.”

On one business trip, Nick learned his team had signed up for a 200-mile relay. “I signed up and started training. At first, it was awful. I could only run a mile at a time. Everything hurt, but I kept with it. I quit smoking, started feeling better, and lost some weight. I did the race and didn’t stop running.”

Discovering mindfulness
Around the same time as his physical transformation, Nick began seeing a therapist and exploring meditation. He attended a weekly sitting group. Eventually he enrolled in an eight-week Mindfulness Based Stress Reduction course offered by Atlanta Mindfulness Institute.

“The course struck something in me,” he says. “I knew immediately that mindfulness was going to be important to me for the rest of my life. I wasn’t the best at it initially. I didn’t do it every day, but I really enjoyed it.”

Weekend retreat
A few weeks after the MBSR course, Nick attended one of Atlanta Mindfulness Institute’s weekend retreats. Initially the experience wasn’t what he expected. “It was really hard,” he recalls. “I thought I was meditating wrong, and I felt totally alone. I had an overwhelming urge to leave, but I didn’t. The next morning during meditation, I felt a lightening of my own self-judgment and self-criticism. I wasn’t really alone. All the things I was thinking were only in my head.”

Even this challenging experience reinforced the possibilities of mindfulness for Nick. He has attended several Atlanta Mindfulness Institute retreats since. The most recent focused on lovingkindness, a philosophy that cultivates an open and loving heart. “This experience was totally different than my first one. I didn’t care if I was alone or meditating right. I was there to focus my mind and enjoy myself, however that manifested.”

Nick even found himself enjoying the noble silence: “With the silence I didn’t feel like I had to act or put on a mask. I was just in my own space, working on me. Focusing for that long on yourself without any distractions gets you to a place you can’t get to with 20 or 30 minutes of personal practice at home.”

The gong show
Nick’s favorite memory from the retreat was when he volunteered to ring the morning gong to awaken the participants. He explains, “The night before, the guy was given a tiny chime and it was too soft to wake anyone. They gave me a big gong. I got up early to make sure I didn’t oversleep. I even went to the tea room to practice gonging at 4:30 in the morning. Stephanie, the instructor, caught me on my way there, beaming like a child.”

For Nick, this small moment was symbolic of how far he had come in his mindfulness journey: “That was me being me, me accepting things, me being kind to myself. I just loved it.”

The journey continues
Nick’s journeys continue. In addition to retreats, he completed AMI’s advanced Deepening Presence course, and he joined a weekly sangha, or Buddhist meditation community. Nick quit his job in Denver and now works as an independent consultant on his own terms. He also visits a yoga studio nearly every day to take care of his physical well-being.

His advice to others? “Be curious and see if mindfulness is helpful to you. See what comes up. It could be painful at first, but that’s okay. It could be a positive, life-changing experience, and that’s okay too.”

If you’re curious about mindfulness, click to learn more about Mindfulness Based Stress Reduction, Mindfulness Retreats, or other mindfulness courses that can help you reduce stress and improve your health and well-being.